With the summer sun beating down on her rural Spanish town, Sara [Laura Galán] hides away in her parents’ butcher shop. A teenager whose excess weight makes her the target of incessant bullying, she flees a clique of capricious girls who torment her at the town pool, only to stumble upon them being brutally kidnapped by a stranger [Richard Holmes], who drives off with them in his van. When the police begin asking questions, Sara keeps quiet. Intrigued by the stranger–an interest that’s mutual–she’s torn between revealing the truth and protecting the man who saved her.

Magnet Releasing distributes in the US.
Short film writer/director Carlota Pereda returns. She was quoted saying: "I wrote Piggy to confront my own fears. Real life fears. Because being a teen can be terrifying."
This is a Spanish horror movie that's based on the 2018 short film with the same name.
Magnet Releasing releases Piggy in theaters and on VOD on October 14, 2022. 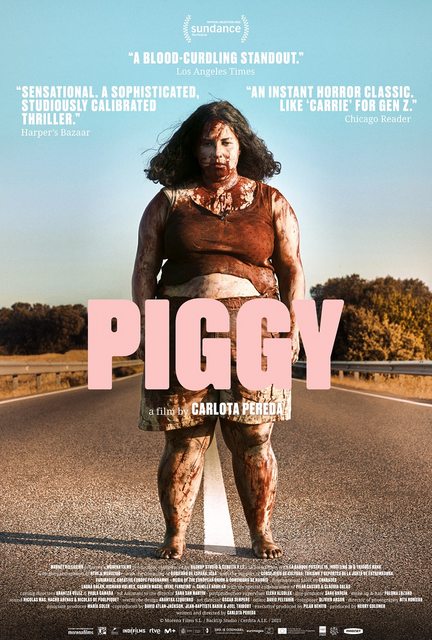 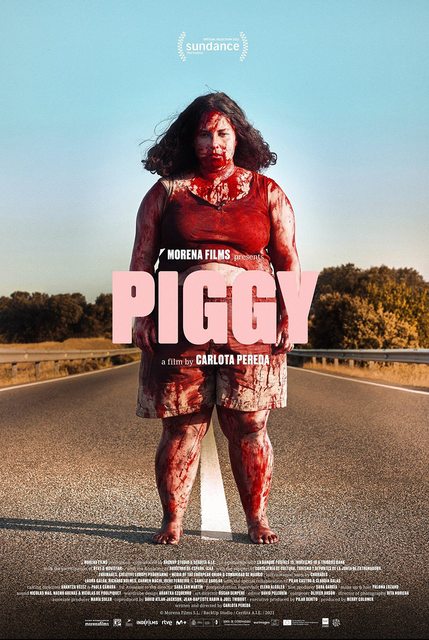 We present the first images of “CERDITA”, a MORENA FILMS production directed by CARLOTA PEREDA, who makes her feature film debut with this film, which she also writes, inspired by the short film of the same name that earned her numerous awards, including the Goya, the prestigious Spanish National Film Award.

Sara is an overweight teen that lives in the shadow of a clique of cool girls holidaying in her village. Not even her childhood friend, Claudia, defends her when she’s bullied at the local pool in front of an unknown man. Her clothes are stolen and Sara must get home wearing nothing but her bikini. The long walk home will mark the rest of her life.

FrightFest TV Presents: Interviews with the Director of Piggy.
An overweight teen is bullied by a clique of cool girls poolside while holidaying in her village. The long walk home will change the rest of her life.