In Bloodthirsty, vegan singer-songwriter Grey (Lauren Beatty) goes to work on her second album with notorious music producer Vaughn Daniels (Greg Bryk). But as the album progresses, she starts to transform into a powerful beast with a thirst for blood, meat and the hunt.

Brainstorm Media distributes in the US.
Filmed in Edmonton, Alberta, Canada.
As far as the werewolf goes, director Amelia Moses said: "We have a hybrid, a mix of a human and a wolf. It's a bit more grotesque, a bit weirder, and we still get the emotion of the main character, even when she's a werewolf." The transformation scene reportedly features the wolf body bursting "from her human body with muscle mass, bloodshot eyes and hair growth."
Director Amelia Moses was quoted saying: "I'm looking for something more visceral, that slowly gets under your skin and for me, as a horror fan and an audience member, those are the films that I enjoy more." Adding..."Hollywood likes a strong female lead. Yes, I'm all for that. But I always want to see women who are vulnerable or a bit fucked up, who are struggling too, because that's humanity."
Co-written by songwriter "Lowell."
Described as a "character-driven drama" and a "werewolf tale with slow-burn spookiness and dread to explore female anxieties."
This is a Canadian indie werewolf movie.
Brainstorm Media will release Bloodthirsty in the U.S. in limited theaters and on VOD platforms April 23, 2021 (Bloodthirsty will be released in Canada on the same date by Raven Banner). 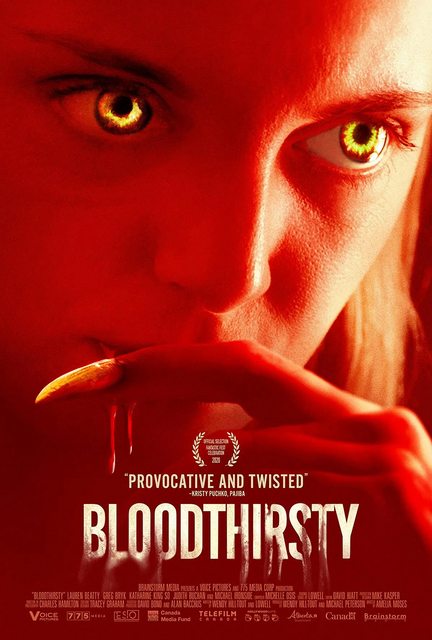 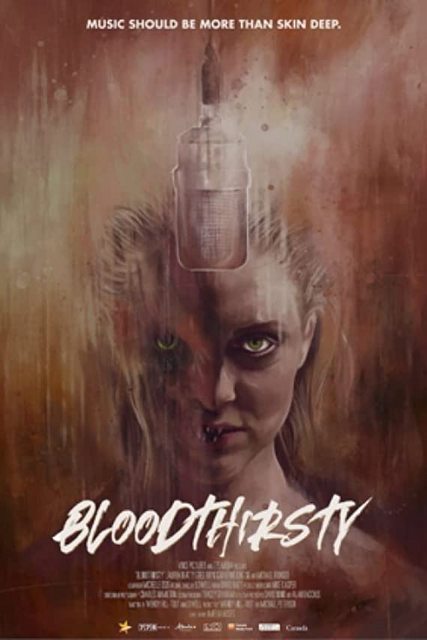