Leslie Odom Jr. plays the father of a possessed child, who seeks the aid of Chris MacNeil (Ellen Burstyn), mother of the possessed Regan MacNeil (played in the original by Linda Blair).

This project has been revealed to be part of a new $400-million-dollar deal with Morgan Creek Productions, Blumhouse, Universal and the Peacock network, which will see Ellen Burstyn return as Chris MacNeil, the mother from the original 1973 film. It has been described as the first in a new trilogy, with subsequent installments possibly premiering on the Peacock streaming service. (7/26/21)
David Gordon Green offered an update on the project, revealing that the script is finished and detailed how it was more of a sequel to the original, saying: "The Exorcist has been written. That was one of my pandemic projects. It’s not inaccurate [that it will be a sequel to the original film]. I like all the Exorcist movies. And not only do I like them, I think they can all fall into the acceptable mythology for what I’m doing. It’s not like I’m saying, 'Pretend that The Exorcist 2 never happened.' That’s fine to exist. They’re all fine to exist, and I enjoy all of them." He added... "It’s another fun legacy to be a part of, and hopefully we’ll get that going in the near future. That one is a lot of research, rather than just impulsive screenwriting. That’s one that you talk to a lot of people. You read a lot of books, and do a shit-load of interviews. There was such a dramatic authenticity to what that original film is. It’s a lot more than I anticipated getting into it. And I guess I was naive to think that. But it was very exhilarating to be involved in a lot of those conversations that you find yourself in." (7/23/21)
While nothing has officially been revealed, Blumhouse seems to confirm in a recent interview that he is indeed producing a remake with director David Gordon Green. What's also interesting is that they're reportedly aiming to go about it similar to what they did with Halloween, saying: "[It’s] going to be like David’s Halloween sequel. I think it’s going to pleasantly surprise all the skeptics out there. We had a lot of skeptics about Halloween and David turned them around, and I think he’s going to turn it around with The Exorcist." Adding... "I want to make a movie that works for both [audiences]. I want to make a movie for people that know and love the first Exorcist and are furious that we’re doing this, but somehow drag themselves to the theater. I want them to come out happy. And I want to make a movie that people who’ve never heard of The Exorcist really enjoy. I think David did that with Halloween. I think he’ll do that with The Exorcist also." (6/30/21)
Blumhouse Productions is said to be producing with David Gordon Green (Halloween) attached to direct. (12/22/20)
Aside from this project, there was a television series that was released in 2016 that was set in the same universe as the original, but that only lasted a couple seasons before getting cancelled.
According to Universal, this will be the start of a new trilogy that's described as a “continuation,” rather than a remake, of the 1973 original.
The Exorcist will be released in theaters on October 13, 2023.


THE EXORCIST
MOVIES and MANIA 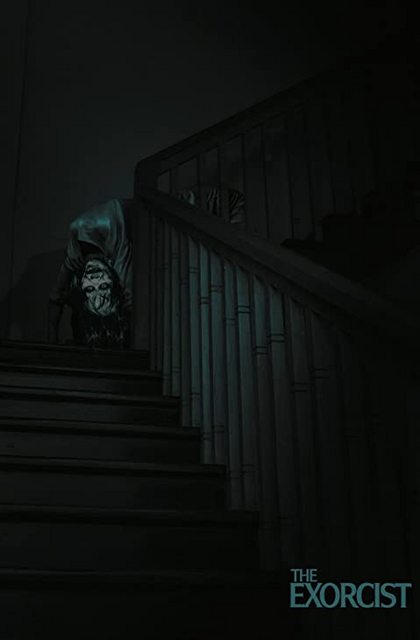 Like Halloween, The Exorcist is a 1970s horror classic that influenced the genre forever, sparked a franchise with shaky sequels, and features a third entry that has since become a beloved cult classic. And like Halloween, David Gordon Green will be co-writing and directing a new trilogy of sequel films oriented around a returning character from the original, while broadening out the legacy with new ideas.