Film censor Enid (Niamh Algar) takes pride in her meticulous work, guarding unsuspecting audiences from the deleterious effects of watching the gore-filled decapitations and eye gougings she pores over. Her sense of duty to protect is amplified by guilt over her inability to recall details of the long-ago disappearance of her sister, recently declared dead in absentia. When Enid is assigned to review a disturbing film from the archive that echoes her hazy childhood memories, she begins to unravel how this eerie work might be tied to her past.

Magnet Releasing distributes in the US.
Fans may recognize star Niamh Algar from the hit HBO series Raised by Wolves.
The feature film directorial debut of Prano Bailey-Bond.
This is a UK horror movie.
Magnet Releasing released Censor in theaters on June 11, 2021 and On Demand June 18, 2021.
Censor arrived on DVD and On Demand on September 14, 2021 from Magnolia Pictures under the Magnet label.
Censor arrived on Hulu on October 14, 2021.

‘Censor’ Getting Both A DVD And 4K Ultra Release
Horror Fuel 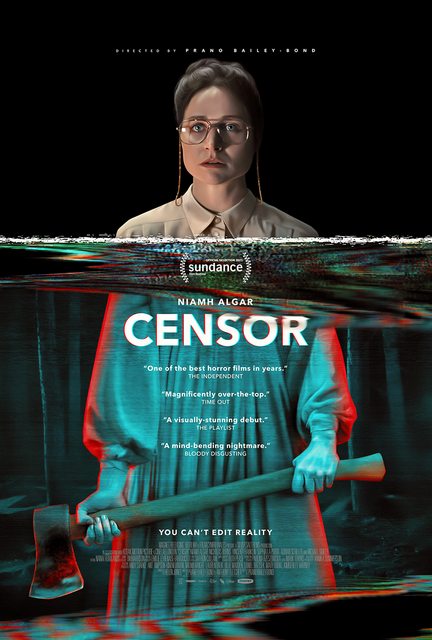 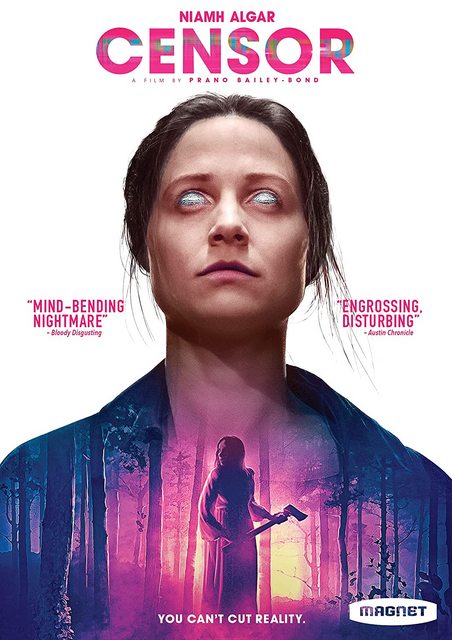 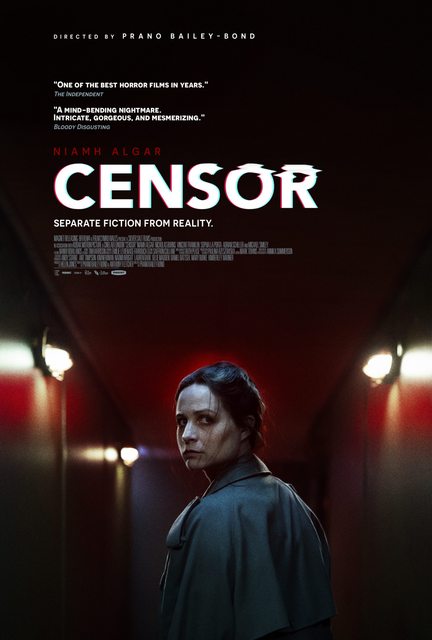 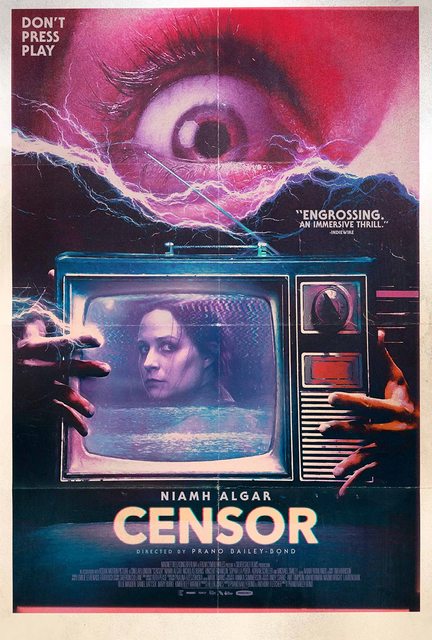 Meet Prano Bailey-Bond, director of CENSOR, which is playing in the Midnight Section at the 2021 Sundance Film Festival.


In the trippy horror film CENSOR, a British film censor links a disturbing horror movie to her sister's mysterious disappearance. She is led on a journey into the past that begins the blur the line between fiction and reality. What's real and what really happened to her sis? Find out all about it as we break down the reality breaking story and explain the ending.
Top

If you're reading this pop culture website, chances are you don't think violent horror movies can warp someone's brains and make them violent. But what if you're wrong?
Censor, a new horror film from filmmaker Prano Bailey-Bond, takes place in 1980s England, where the conservative culture wars set their sights on violent horror movies, dubbed "video nasties." Niamh Algar stars as a British film censor who consumes countless violent horror movies every day, recommending what segments be cut in order to release them safely to an unassuming public. But when she watches a film that somehow seems to have her long-missing sister as an actor, she undergoes a psychologically taxing, metafictional journey that will bend the limits of reality and fantasy until they shatter.
I spoke to co-writer/director Prano Bailey-Bond over Zoom, and we dove deep into her surreal, complicated film. We talked about the expertise of horror audiences, the need to subvert tropes at every turn, the joys at recreating filmmaking styles of the past, the surprising lives of real British film censors, the exploitation film she showed her cast as a primary tool of influence, and much more.


Dread Central sits down with Prano Bailey-Bond to discuss creating her new film 'Censor,' her influences, and the allure of the video nasty.
Top