After 60-something neighborhood activist Lupita (Adriana Barraza) discovers that her beloved local bingo hall has been taken over by a mysterious businessman named Mr. Big (Richard Brake), she rallies her elderly friends to fight back against the enigmatic entrepreneur. But when her longtime neighbors begin turning up dead under grisly circumstances, Lupita suddenly discovers that gentrification is the least of her problems. Something terrifying has made itself at home in the quiet barrio of Oak Springs, and with each new cry of “Bingo!” another victim falls prey to its diabolical presence. As the cash prizes increase and the body count steadily rises, Lupita must face the frightening realization that this game is truly winner-takes-all.

Debuts on Amazon Prime.
Directed by actress-turned-director Gigi Saul Guerrero.
Described as "a wickedly original horror movie with a fiendishly funny twist."
This is part of the "Welcome to the Blumhouse" 8-film program that teams Amazon with Blumhouse studios. The goal is to produce and distribute "eight unsettling genre movies." The first four was released on Amazon last October, while the other four will be released this October 2021.
Bingo Hell premiered exclusively on Amazon Prime Video on October 1, 2021. 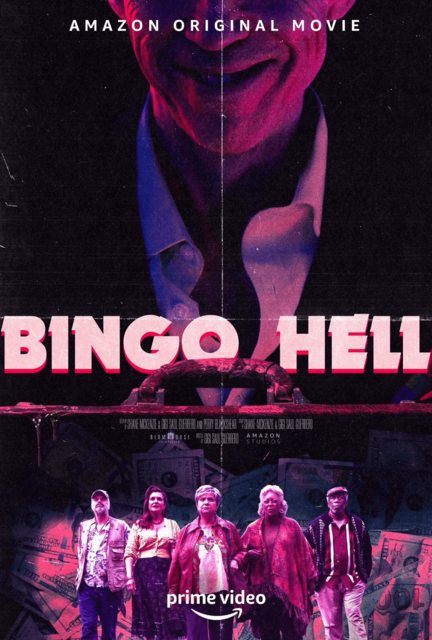 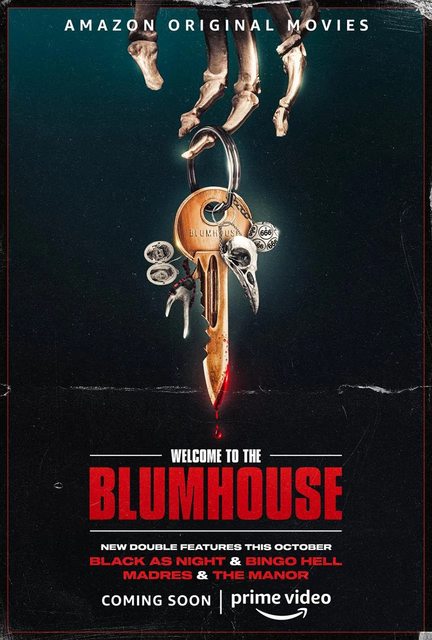 The next installment of the “Dissecting Horror” digital panel series will be with the creative talent from Blumhouse’s Bingo Hell.
Panelists include writer/director Gigi Saul Guerrero, executive producer Raynor Shima, cinematographer Byron Werner, writer Shane McKenzie and one of the film’s stars Jonathan Medina (Eric), with Josh Millican moderating.