After the discovery of a mysterious VHS tape, a brutish police swat team launch a high intensity raid on a remote warehouse, only to discover a sinister cult compound whose collection of pre-recorded material uncovers a nightmarish conspiracy.

Will premiere on Shudder's streaming platform. Craig Engler, GM of Shudder was quoted saying: "The V/H/S series has been known for two things: its unbeatable lineup of filmmakers and its edge-of-your-seat terrifying found-footage stories. With V/H/S/94, the producers have upped their game—bigger, wilder, scarier than ever before. We can’t wait to unleash this new installment on Shudder members."
The current list of directors include: Simon Barrett (You’re Next, The Guest), Indonesian director Timo Tjahjanto (Netflix’s The Night Comes For Us), Jennifer Reeder (Knives & Skin), Ryan Prows (Lowlife) and newcomer Chloe Okuno (AFI short Slut).
The filmmaking collective "Radio Silence" (who also contributed to the first V/H/S film) is back to co-produce.
David Buckner is heading the project as writer and co-producer. This also marks his return to the anthology after helming the segment "Amateur Night" from the first movie.
The original anthology spawned two sequels (V/H/S 2, V/H/S Viral) and a spinoff movie titled Siren, that's an extended take from one of the segments of the first.
This is said to be a bigger-budgeted "reboot" or "re-imagining" of the indie horror anthology series V/H/S.
V/H/S/94 premiered on Shudder on October 6, 2021. 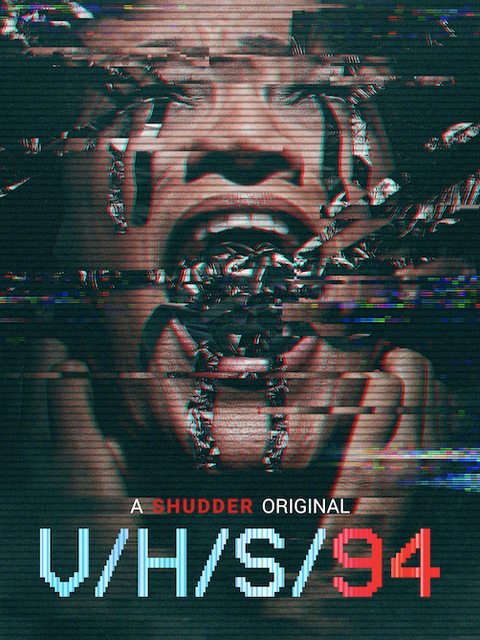 The Shudder Original Film V/H/S/94 marks the return of the infamous “found footage” anthology. Co-creator Brad Miska and producer Josh Goldbloom are joined by segment directors Simon Barrett, Timo Tjahjanto, Jennifer Reeder, Ryan Prows, and Chloe Okuno to discuss the making of the fourth installment in the hit horror franchise coming to Shudder exclusively this fall. The panel, moderated by Richard Newby of Fangoria and The Hollywood Reporter, will also feature a first look at the film.


Today I take the request of Patron "Shifty" and review the new release of "V/H/S/94"!
Thank you for watching this horror review of V/H/S/94 here at Rotted Reviews!
Top