12-year-old gymnast, Tinja (Siiri Solalinna), is desperate to please her image-obsessed mother, whose popular blog ‘Lovely Everyday Life’ presents their family’s idyllic existence as manicured suburban perfection. One day, after finding a wounded bird in the woods, Tinja brings its strange egg home, nestles it in her bed, and nurtures it until it hatches. The creature that emerges becomes her closest friend and a living nightmare, plunging Tinja beneath the impeccable veneer into a twisted reality that her mother refuses to see.

IFC Midnight distributes in the US.
Star Wars, Jurassic World and Prometheus veteran Gustav Hoegen serves as animatronics designer, and effects make-up designer Conor O’Sullivan has worked on Game Of Thrones, X-Men: First Class and The Hours.
This marks Hanna Bergholm's feature film directorial debut.
Described as "coming-of-age body horror" and being "reminiscent of Raw and The Babadook."
This is a Finnish horror film.
IFC Midnight released Hatching in theaters on April 29, 2022.
IFC Midnight released Hatching on Digital/VOD on May 17, 2022. 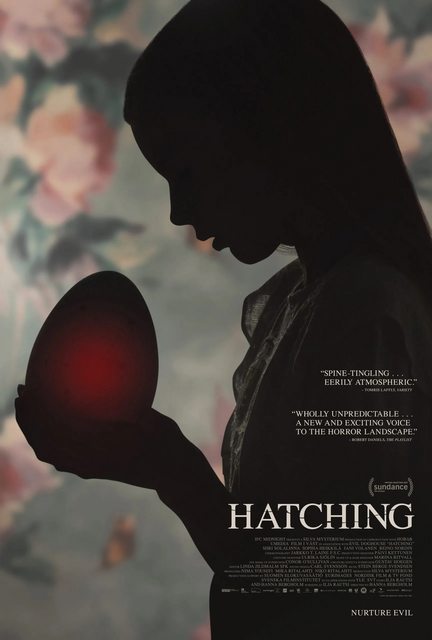 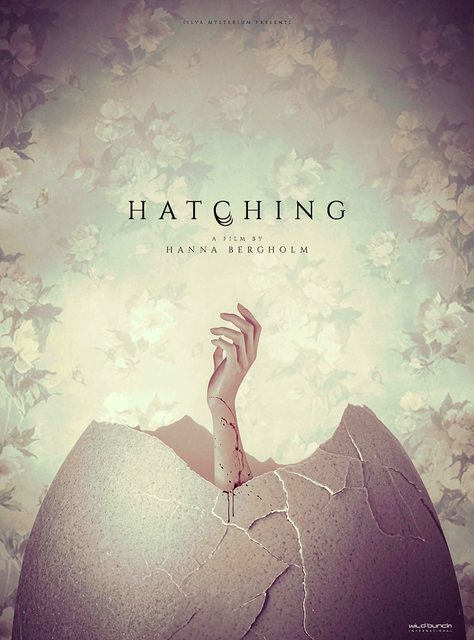 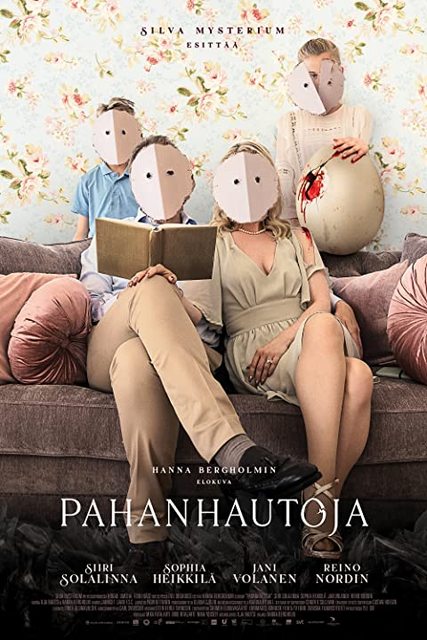 Fango host Angel chats with HATCHING director Hanna Bergholm and the stars of the movie, Siiri Solalinna and Sophia Heikkilä about their new movie that just premiered at the @sundanceorg Film Festival.


One of the many fantastic films to premiere at this year’s Sundance Film Festival was director Hanna Bergholm’s Finnish coming-of-age film, Hatching. If you haven’t seen the trailer, Hatching is about a young gymnast (Siiri Solalinna) that is always trying to please her image-obsessed mother, and what happens when she finds a mysterious egg in the woods. Spoiler alert: the egg hatches and what emerges becomes both her closest friend and a living nightmare. Hatching was written by Ilja Rautsi and also stars Jani Volanen, Saija Lentonen, and Sophia Heikkilä.
Shortly after seeing the film, I spoke with Hanna Bergholm, Siiri Solalinna, and Sophia Heikkilä. They shared some great stories about making the film, how Bergholm used Google to find the best animatronic designer in the world (which led to her hiring Gustav Hoegen and his team known for films like Star Wars and Jurassic World), how the film is unlike anything you’ve seen before, the way Hatching talks about people’s unhealthy relationship with social media, filming the 3rd act with the special effects and blood, the positive reviews, auditioning over 1,200 girls to find Solalinna, and a lot more.


Gustav Hoegen, who's made animatronics for films such as Star Wars, talks about creating the monster in Hanna Bergholm's 'Hatching'.
Top
Post Reply
2 posts • Page 1 of 1