Siblings Mimi and Luke unwittingly resurrect an ancient alien overlord. Using a magical amulet, they force the monster to obey their childish whims, and accidentally attract a rogues' gallery of intergalactic assassins to small-town suburbia.

RLJE Films and Shudder will distribute the film in the US. Apparently the plan is for RLJE Films to release the film in a limited theatrical capacity sometime late this year, while Shudder will premiere the film on its platform in early 2021. (5/19/20)
On the topic of the movie, writer/director Steven Kostanski was quoted saying: "The core concept of ‘PG’ is something I’ve carried with me for as long as I can remember. What would it be like to have your own monster? As a kid, I was mesmerized by the relationship between John Connor and the T-800 in Terminator 2 and the way this relatable kid could suddenly have a badass villain as his pal. I would fantasize about hanging out with the likes of Skeletor, Megatron, Cobra Commander, and every other Saturday morning cartoon villain. These characters always interested me more than the traditional heroes." Adding... "I love contrasting operatic space fantasy with suburban banality. This developed out of my love for low budget genre films from the 80s and 90s like Masters of the Universe and Beastmaster 2 where budget constraints forced the filmmakers to set their epic stories in accessible real-world locations."
Written/directed by Steven Kostanski (Manborg, Father's Day, The Void).
RLJE Films and Shudder will release Psycho Goreman to select theaters, VOD and digital HD platforms January 22, 2021. 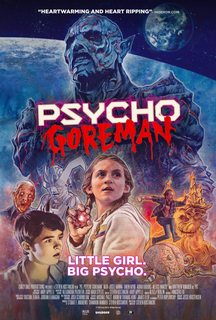 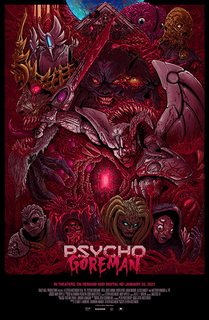 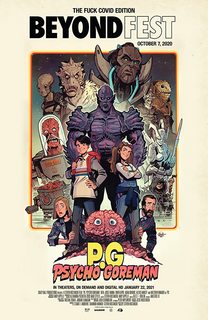 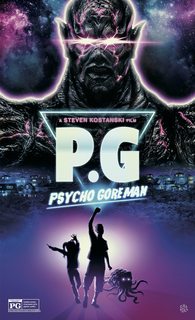 I'm so excited for this! Love those cartoon posters too.
Top