From director Jason Reitman and producer Ivan Reitman, comes the next chapter in the original Ghostbusters universe. In Ghostbusters: Afterlife, when a single mom and her two kids arrive in a small town, they begin to discover their connection to the original ghostbusters and the secret legacy their grandfather left behind.

The movie originally had a July 10th, 2020 then a March 5th, 2021 and June 11th, 2021 before ultimately landing on a November 11, 2021 release. (1/22/20)
Filmed in Canada and New York.
Mckenna Grace is said to play the daughter to Carrie Coon's character.
Finn Wolfhard (Stranger Things, IT) and Carrie Coon (The Leftovers, Fargo) are in talks to join the cast as Mother and Son.
In another interview director Jason Reitman was quoted saying: "This is going to be a love letter to Ghostbusters. I love this franchise. I grew up watching it. I consider myself the first Ghostbusters fan. I was seven years old when that movie came out and I love it. I want to make a movie for my fellow Ghostbusters fans."
On the topic of the project and the new storyline Jason Reitman was quoted saying: "This is the next chapter in the original franchise. It is not a reboot. What happened in the ‘80s happened in the ‘80s, and this is set in the present day. This is very early, and I want the film to unwrap like a present. We have a lot of wonderful surprises and new characters for the audience to meet, [and] this new movie will follow the trajectory of the original film." (1/16/19)
Bill Murray, Dan Aykroyd, Ernie Hudson and Sigourney Weaver will all return as their original characters.
Director Jason Reitman (Juno, Young Adult, Tully) is the son of original director Ivan Reitman.
Co-written by Gil Kenan (director of Monster House, Poltergeist).
This is said to be a sequel and third installment in the original series, ignoring the 2016 remake.
Sony is expected to release Ghostbusters: Afterlife in theaters on November 11, 2021. 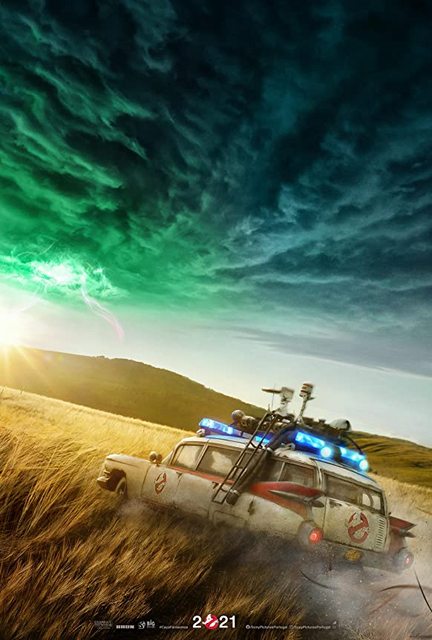 Bill Murray reacts to the Mini-Pufts.


Passing the Proton Pack from one generation to the next. Meet the filmmakers behind #Ghostbusters: Afterlife.


Ghostbusters Afterlife (2021) First Look At NEW Ghost that will be introduced in Ghostbusters 3 . In the Ghostbusters: Afterlife trailer we can see a ghost that appeared to look like Slime but now we know his name is Muncher a blue ghost and NOT Slimer.