Esther’s terrifying saga continues in this thrilling prequel to the original and shocking horror hit, Orphan. After orchestrating a brilliant escape from an Estonian psychiatric facility, Esther travels to America by impersonating the missing daughter of a wealthy family. Yet, an unexpected twist arises that pits her against a mother who will protect her family from the murderous “child” at any cost.

Paramount Players distributes in the US, where the movie will be available in theaters, on digital, and streaming on Paramount + on the same day.
Filmed in Winnipeg, Canada.
Apparently, being a prequel, the filmmakers are "utilizing a combination of forced perspective shooting and a world-class makeup team to make Esther look young again.
Isabelle Fuhrman returns as "Esther."
Originally simply titled Esther.
Directed by William Brent Bell (The Devil Inside, The Boy 1 and 2).
Written by David Coggeshall (Scream TV series, The Haunting in Connecticut 2, Prey).
This is a prequel to 2009's Orphan, which was directed by Jaume Collet-Serra and starred Vera Farmiga, Peter Sarsgaard and Isabelle Fuhrman.
Paramount Players released Orphan: First Kill in theaters, on Digital, and streaming on Paramount + on August 19, 2022.
Signature Entertainment released Orphan: First Kill exclusively in UK and Irish cinemas on August 19, 2022.
Paramount releases Orphan: First Kill on DVD and Blu-ray on October 18, 2022. 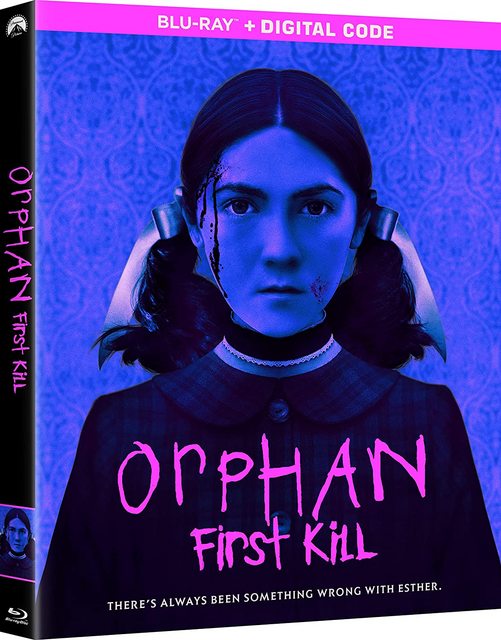 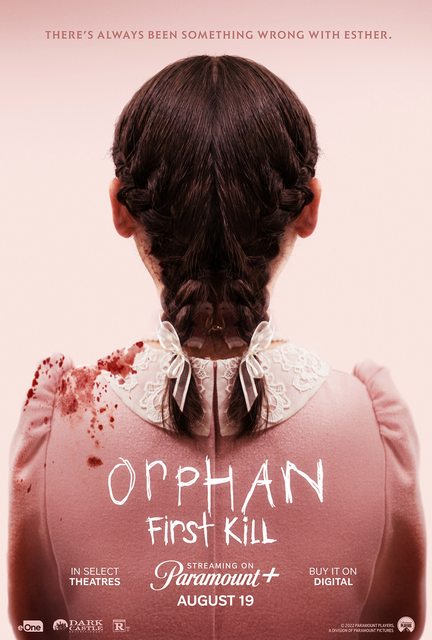 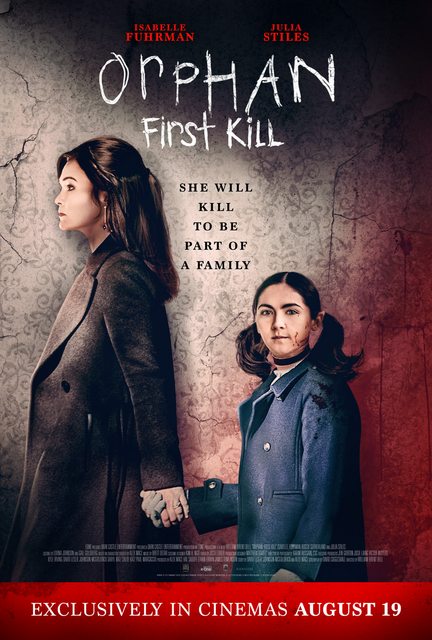 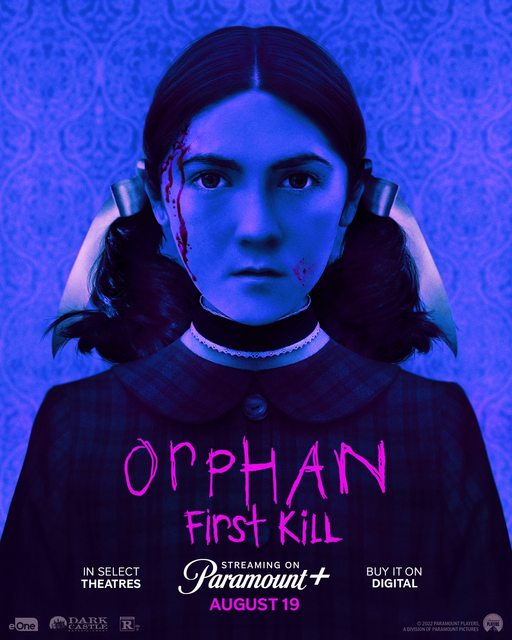 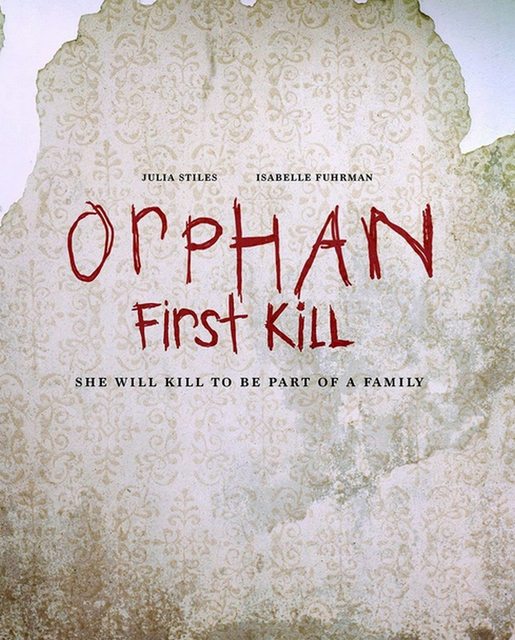 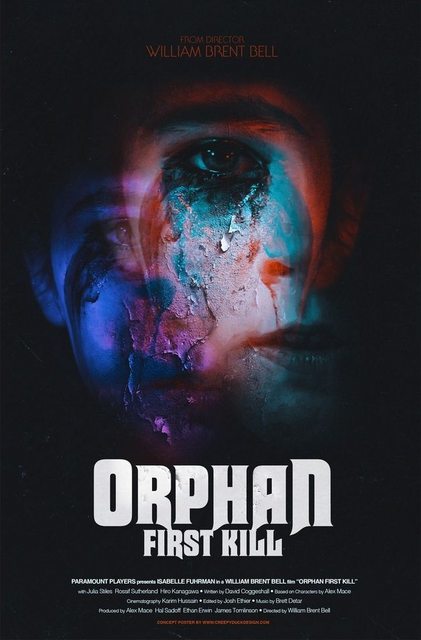 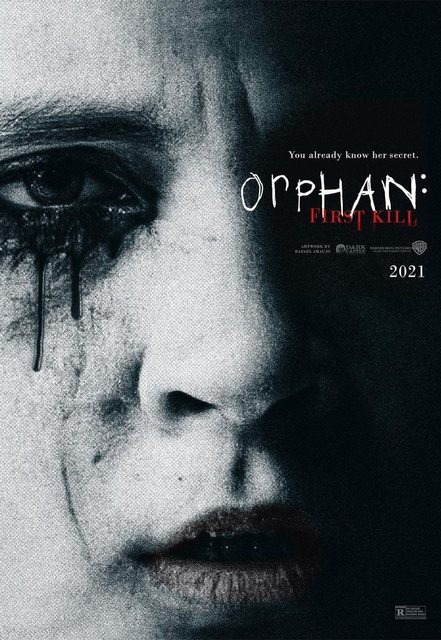 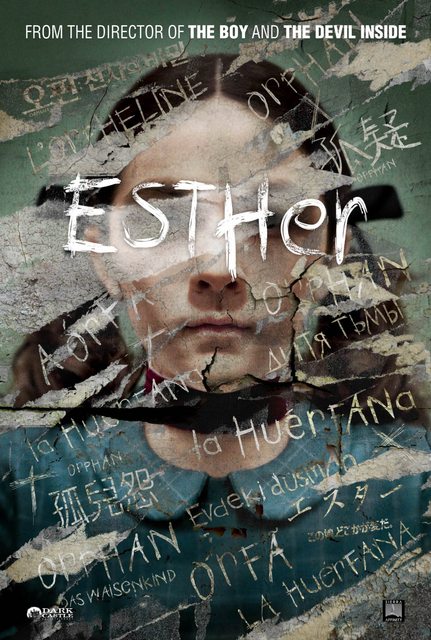 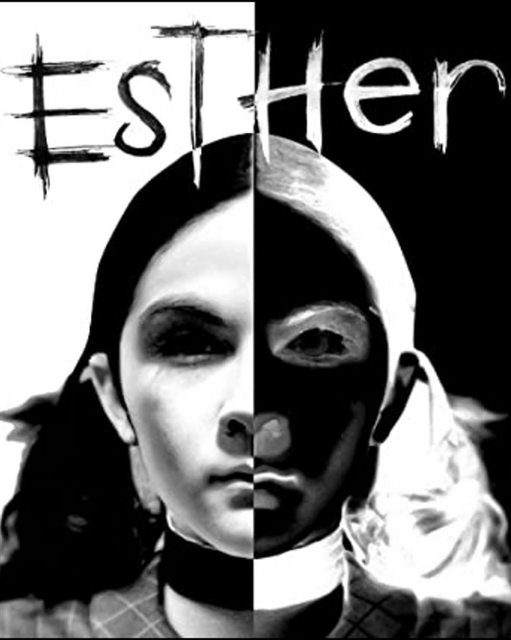 Dread Central spoke with 'Orphan: First Kill' director William Brent Bell about approaching the prequel as a fan, the possibility of 'Stay Alive 2', and more.


In honor of the upcoming release of 'Orphan: First Kill', Dread Central spoke with actors Isabelle Fuhrman and Julia Stiles about returning to the killer character, filming tricks, and more!


Orphan: First Kill was perhaps the biggest, and most pleasant surprise in the horror genre this year. The prequel to 2009's Orphan, First Kill offers viewers a chance to see where Esther came from, and how she got to the United States.
The original Orphan saw a family adopting a little girl from Russia, who tries to seduce her new father, kill her new mother and siblings - and it turns out (spoiler alert) that she is a 33-year-old woman with a rare hormonal disorder that makes her look like a child. The film was an instant classic in the horror community due to its simple aesthetic and well-planned twist. But after over a decade, when it was discovered that a second film was in the works, there were troubled rumblings in the horror community. Could a film that relied so heavily on a twist do it again, when everyone knew the twist?
First Kill proved that it could do just that. Rather than just a retread, the prequel shows us "Esther's" origins as a 30-year-old woman named Leena who makes a violent escape from a home for the criminally insane, how she got to the United States as a 9-year-old girl, and how her family died and she got placed with the family we saw her with in the original film. Yes, there is a twist; no, I'm not going to tell you what it is.
I was so impressed with Orphan: First Kill that I couldn't wait to sit down and chat with the star of the film, Isabelle Fuhrman, and director William Brent Bell. Fuhrman played Esther across both films, first playing Esther when she was a child, then returning to the role as an adult. For Bell, best known for his work directing The Boy and Brahms: The Boy II, this was his first entry into the franchise. We spoke about the choice to return (or to join) the franchise; that twist (no spoilers!); and how Isabelle almost wasn't brought back to play Esther!
Orphan: First Kill is currently streaming on Paramount+
Top


Orphan First Kill Review. The horror movie prequel to the original Orphan (2009) has now released on Paramount+. Isabelle Fuhrman returns to play Esther ruining the life of another family before becoming an orphan. My honest spoiler free reaction to this scary movie.


Orphan: First Kill is a prequel to the underrated creepy kid slasher. As someone who tends to dislike prequels, I thought this was shockingly good.


In the prequel Orphan First Kill, we follow "Esther" as she first orchestrates an escape from an Estonian psychiatric facility, and then travels to America by impersonating the missing daughter of a wealthy family. We're breaking down Esther's latest murderous adventures, including some easter eggs for the original, as well as explaining the big twist and ending.
Top