Alice (Florence Pugh) and Jack (Harry Styles) are lucky to be living in the idealized community of Victory, the experimental company town housing the men who work for the top-secret Victory Project and their families. The 1950s societal optimism espoused by their CEO, Frank (Chris Pine)—equal parts corporate visionary and motivational life coach—anchors every aspect of daily life in the tightknit desert utopia. While the husbands spend every day inside the Victory Project Headquarters, working on the "development of progressive materials," their wives—including Frank's elegant partner, Shelley (Gemma Chan)—get to spend their time enjoying the beauty, luxury, and debauchery of their community. Life is perfect, with every resident's needs met by the company. All they ask in return is discretion and unquestioning commitment to the Victory cause. But when cracks in their idyllic life begin to appear, exposing flashes of something much more sinister lurking beneath the attractive façade, Alice can't help questioning exactly what they're doing in Victory and why. Just how much is Alice willing to lose to expose what's really going on in this paradise?

Warner Bros. distributes theatrically in the US before hitting HBO Max 45 days after its initial release.
Filmed in California.
Directed by Olivia Wilde (Booksmart).
Shia LaBeouf was originally set to star in the film, but was ultimately fired after it was revealed that he displayed "poor behavior" on set and often clashed with the cast and crew. He would later be replaced by Harry Styles.
Described as an "audacious, twisted and visually stunning psychological thriller."
Warner Bros. released Don't Worry Darling in theaters on September 23, 2022.
Don't Worry Darling arrives on HBO Max 45 days after its initial release. 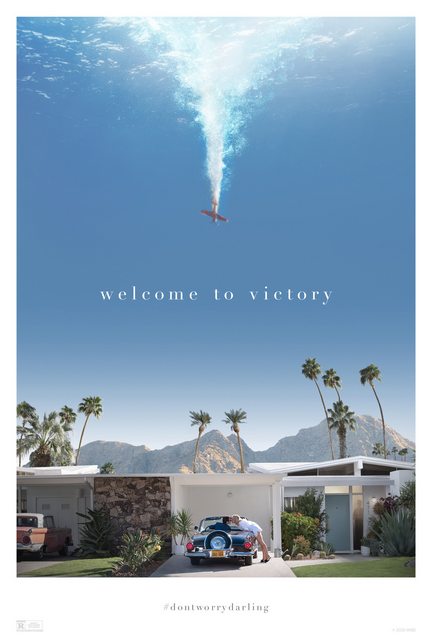 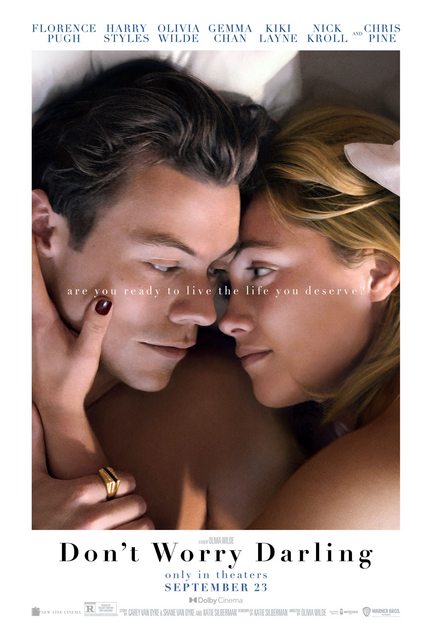 2020 was a year that certainly brought a deluge of shocking information from across the planet, which almost made a development in the new Olivia Wilde film go unnoticed – almost. The actor-turned-director made the decision to fire film star Shia LaBeouf from the lead role in Don’t Worry Darling. Back then, Warner Bros. cited a scheduling conflict, which we kind of didn’t buy, especially after some troubling accusations were made by LaBeouf’s former girlfriend FKA Twigs, and it was announced that the actor was “actively seeking” treatment for addiction and psychological issues.
Now, over a year after the incident and as she fires up the promotion tour for Don’t Worry Darling, Wilde speaks out bluntly for the first time about what ultimately led her to decide LaBeouf wasn’t right for the part – even though production had already started. In an exclusive interview with Variety, the director revealed that a big red flag was the former Transformers star’s preparation process.

Updated With "In the Mirror" CLIP