A young woman struggling with addiction comes into possession of an ancient puzzle box, unaware that its purpose is to summon the Cenobites, a group of sadistic supernatural beings from another dimension.

HELLRAISER Trailer Invites You To Experience Its Delights
FANGORIA 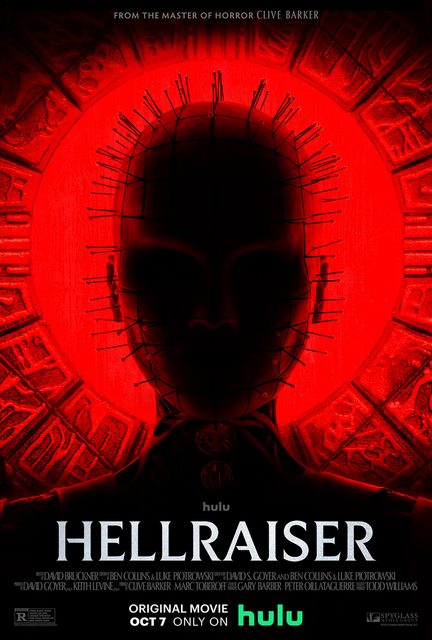 Listen to a teaser from the Hellraiser score by Ben Lovett.

Hellraiser Trailer Breakdown . I give you my trailer reaction to the new Hellraiser reboot coming to Hulu featuring female Pinhead played by Jamie Clayton. I point out Easter eggs & things you might have missed in the new Hellraiser official trailer. Everything you need to know.

Wanna know what Pinhead looks like underneath all those pins? We've got such sights to show you.


If there's one thing the "Hellraiser" franchise has taught us, it's that you should never mess with puzzle boxes. Here's why the one in the new "Hellraiser" on Hulu looks so different.
Top
Post Reply
3 posts • Page 1 of 1