A young girl, passionate about fashion design, is mysteriously able to enter the 1960s where she encounters her idol, a dazzling wannabe singer. But 1960s London is not what it seems, and time seems to fall apart with shady consequences.

The film was originally going to be released September 25th, 2020, then April 23rd, 2021 before getting pushed again to October 22, 2021. (1/22/21)
Focus Features distributes in the US.
Co-written by Krysty Wilson-Cairns (Penny Dreadful, 1917).
This project is reportedly inspired by movies like Don't Look Now (1973) and Repulsion (1965).
This is said to be Edgar Wright's (Shaun of the Dead, Scott Pilgrim vs. the World, Baby Driver) first non-comedic horror film that's being described as "a psychological horror film set in London with a female lead."
Focus Features is expected to release Last Night in Soho in theaters in the US on October 22, 2021.
Last Night in Soho will be released in theaters in the Uk on October 29, 2021. 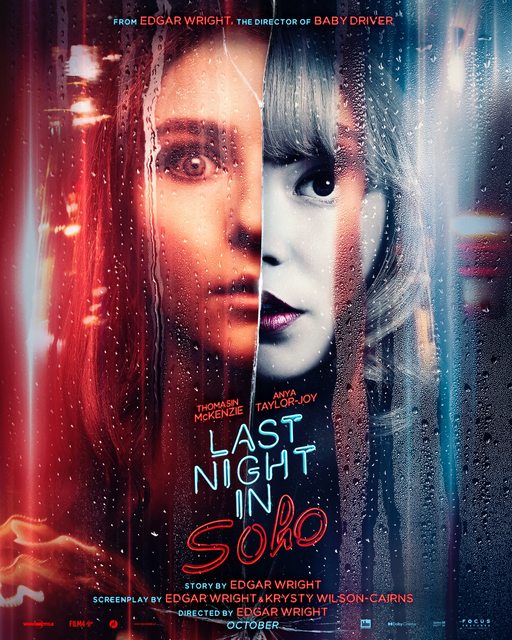