The movie previously had a May 15th, 2020 theatrical release before getting pulled from the schedule due to the current situation with the coronavirus. (3/18/20)
Originally had a October 23rd, 2020 theatrical release.
On the topic of the recent cast, one of the producer's was quoted saying: "We think Samuel L. Jackson and Chris Rock along with Max Minghella and Marisol Nichols make this film completely special in the ‘Saw’ canon and we can’t wait to unleash this unexpected and sinister new story on fans of this franchise. This is next level of ‘Saw’ on full tilt." (7/8/19)
Marisol Nichols (Riverdale) plays a police captain.
Max Minghella (The Handmaid’s Tale) plays the partner of Chris Rock’s character.
Samuel L. Jackson plays Chris Rock’s father.
Chris Rock plays "a police detective investigating a series of grizzly crimes."
Filming is said to begin next week, according to director Darren Lynn Bousman, who adds that "No one is ready for the insanity about to bleed out on screen!" Comedian Chris Rock (who produces and came up with the story idea) will reportedly also star in the film. (6/26/19)
Longtime series producers Mark Burg and Oren Koules were quoted saying: "Chris wants to put his own spin on the Saw franchise in the way Eddie Murphy put a completely fresh perspective on buddy-cop films with 48 Hours. This new Saw is going to be an event film in the making for horror fans. It will have all of the twists and turns and hardcore layers that our fans expect directed by one of the masters of the craft, Darren Lynn Bousman. We can’t wait to get started." (5/16/19)
Chris Rock was quoted saying: "I’ve been a fan of Saw since the first film in 2004. I am excited by the opportunity to take this to a really intense and twisted new place." (5/16/19)
Comedian Chris Rock is behind this reboot, as he apparently approached Lionsgate with a new idea for the franchise. Here's what Lionsgate’s Motion Picture Group chairman Joe Drake had to say: "When Chris Rock came to us and described in chilling detail his fantastic vision that reimagines and spins-off the world of the notorious Jigsaw Killer, we were all-in. Saw is one of the highest grossing horror franchises of all-time and it’s one of Lionsgate’s most successful film series. This upcoming film will still be as mind bending and intense as all the previous Saw films. Chris conceived this idea and it will be completely reverential to the legacy of the material while reinvigorating the brand with his wit, creative vision and passion for this classic horror franchise." (5/16/19)
Darren Lynn Bousman (Saw 2 to 4) returns to direct.
This is said to be a "fresh re-imagining" of the first Saw movie.
Lionsgate and Twisted Pictures have moved up the theatrical release date of the highly anticipated Spiral: From the Book of Saw from May 21, 2021 to May 14, 2021.

SPIRAL: FROM THE BOOK OF SAW Will Arrive in Theaters Earlier Than Expected
Dread Central 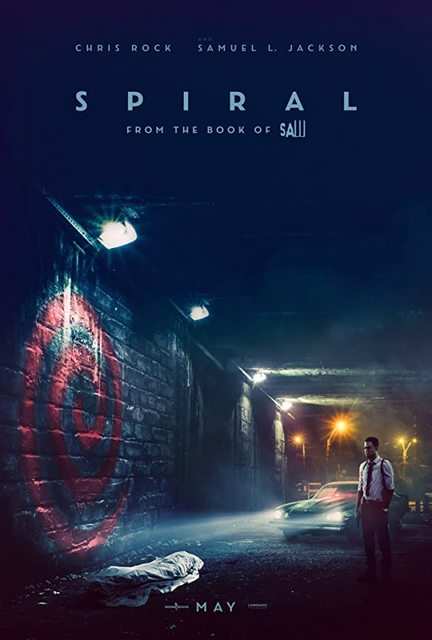 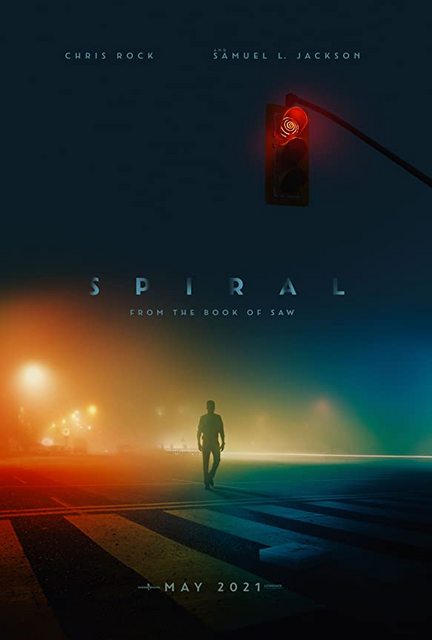