From filmmaker Zack Snyder (300, Watchmen, Zack Snyder’s Justice League), ARMY OF THE DEAD takes place following a zombie outbreak that has left Las Vegas in ruins and walled off from the rest of the world. When Scott Ward (Dave Bautista), a former zombie war hero who’s now flipping burgers on the outskirts of the town he now calls home, is approached by casino boss Bly Tanaka (Hiroyuki Sanada), it’s with the ultimate proposition: break into the zombie-infested quarantine zone to retrieve $200 million sitting in a vault beneath the strip before the city is nuked by the government in 32 hours. With little left to lose, Ward takes on the challenge, assembling a ragtag team of experts for the heist. With a ticking clock, a notoriously impenetrable vault, and a smarter, faster horde of Alpha zombies closing in, only one thing’s for certain in the greatest heist ever attempted: survivors take all.

Comedian Tig Notaro replaces Chris D'Elia in the film after Chris has been accused of sexually harassing underage girls. The movie will now undergo "a quick round of reshoots to incorporate Notaro’s role. Due to actors being already dispersed post-filming and due to pandemic restrictions, the incorporation will be a combination of techniques, from actually reshooting scenes opposite an acting partner to using green screen and CG technology to blend her in." (8/14/20)
Filmed in New Mexico.
Alternate synopsis: "Set in a quarantined Las Vegas in the not-too-distant future, where a father and a group of mercenaries attempt to enter the quarantined area in hopes of saving the man's daughter."
This project is now back in development with Zack Snyder now taking over directing duties, with production aimed to begin sometime this Summer. Netflix is backing the project, which has a budget that's estimated to possibly reach up to $90-million. Snyder was quoted saying: "There are no handcuffs on me at all with this one. I thought this was a good palate cleanser to really dig in with both hands and make something fun and epic and crazy and bonkers in the best possible way. This is the opportunity to find a purely joyful way to express myself though a genre. It will be the most kick-ass, self-aware — but not in a wink-to-the-camera way — balls-to-the-wall zombie freakshow that anyone has ever seen. No one’s ever let me completely loose [like this]." Adding... "I love big action, I love big sequences. My movie brain starts clicking around and I was like, ‘We need to be shooting this now!’ Constructing these sequences really fired me up." This marks Snyder's return to horror, after making his feature film debut with 2004's Dawn of the Dead remake. (1/30/19)
Original director Matthijs van Heijningen offered an update on what happened with the project, saying: "We were in pre-production for Warner Bros. - this was around October 2008 - and the movie became bigger and bigger [budget-wise] because it was so difficult to shoot in Las Vegas. Then the financial crisis happened, Wall Street collapsed and Warner Bros. pulled the plug. We were storyboarding and casting, but it fell apart. It was an expensive movie." (10/4/11)
Producer Deborah Snyder was quoted saying the following about the original story: "Basically, something happened in Vegas and there was this huge outbreak of these zombies that were killing people. So to contain it they basically contain Vegas. The city is this wasteland with walls around it and all of these zombies are inside. One of our characters goes in there to investigate and gets trapped inside and her father goes in to search for her. He can’t do it alone so he gets a group of mercenaries under the guise that there’s money still in the casinos, because they don’t care about his daughter. There’s also a plotline of what’s really going on - like, the containment isn’t so contained and there are cover-ups. We think it’s really fun. ‘Dawn’ was set in a mall and come on, Vegas is the perfect place to set a zombie film and you can have a lot of fun with that!"
Apparently the old script had "crazy zombies raping human females making hybrid zombies and stuff."
Producer Zack Snyder hopes to have the film play in a epic-style that hasn't been done for the zombie genre.
Joby Harold (Awake, King Arthur: Legend of the Sword) wrote the script.
Zack Snyder (300, Watchmen, Batman v Superman: Dawn of Justice) and his wife are producing through their rebranded production company, Stone Quarry.
This project is an original idea that Zack Snyder came up with over a decade ago. With Warner Bros. backing it and Matthijs van Heijningen Jr. (who would go on to direct 2011's The Thing) behind the camera, production was close to happening until the 2008 recession hit, forcing the studio to re-think possible big budget projects, ultimately cancelling this movie all together.
Army of the Dead will be released on Netflix on May 21st, 2021. 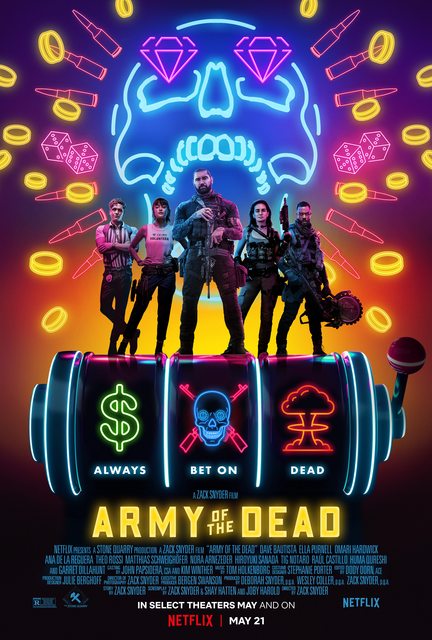 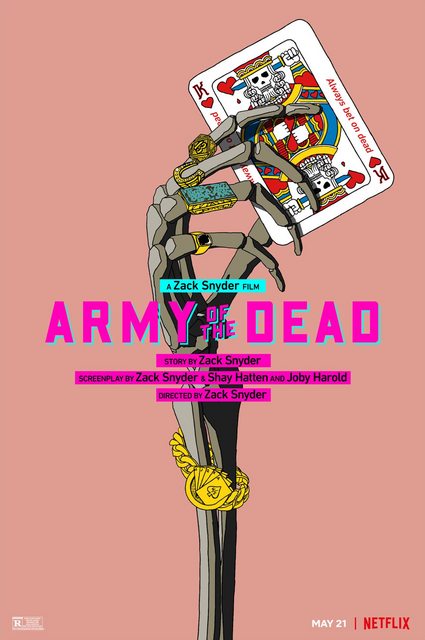 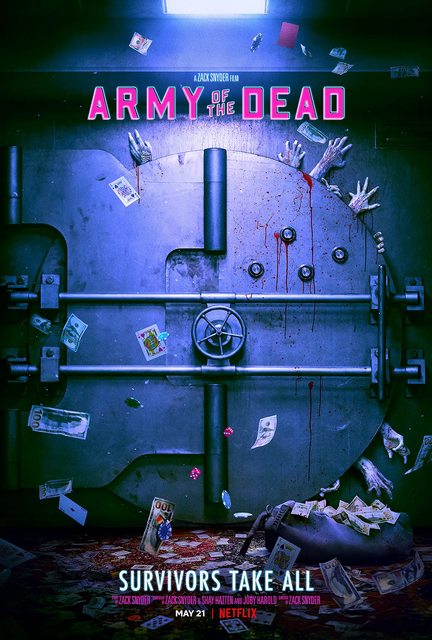 Army of the Dead trailer for Zack Snyder's Netflix movie is now released online. Here I breakdown why I'm so pumped and excited for Zack Snyder's Army Of The Dead zombie movie starring Dave Bautista. The Snyder Cut of the Justice League taught us not to hold back the creative freedom of Zack Snyder and here Netflix gave him full control.