After a proposed gas pipeline creates divisions within the small town of Beaverfield, and a snowstorm traps its residents together inside the local inn, newly arrived forest ranger Finn (Sam Richardson) and postal worker Cecily (Milana Vayntrub) must try to keep the peace and uncover the truth behind a mysterious creature that has begun terrorizing the community.

IFC Films distributes in the US.
The president at IFC Films was quoted saying: "WEREWOLVES WITHIN is a wild and hilarious film adaptation of Ubisoft’s genius original game concept and we are so thrilled to bring this entertaining whodunnit to audiences this summer. Josh Ruben who arrived with SCARE ME, has assembled an incredible cast to bring his newest vision to light, and we’re sure it will leave audiences clutching their popcorn and howling from laughter."
Directed by Josh Ruben (Scare Me).
Described as a "whodunit and a whatdunit."
This is werewolf comedy that's based on the virtual reality video game with the same name by Ubisoft.
IFC Films will release Werewolves Within in limited theaters on June 25th, 2021, and On Demand & Digital Platforms on July 2nd, 2021.


WEREWOLVES WITHIN (2021)
MOVIES and MANIA 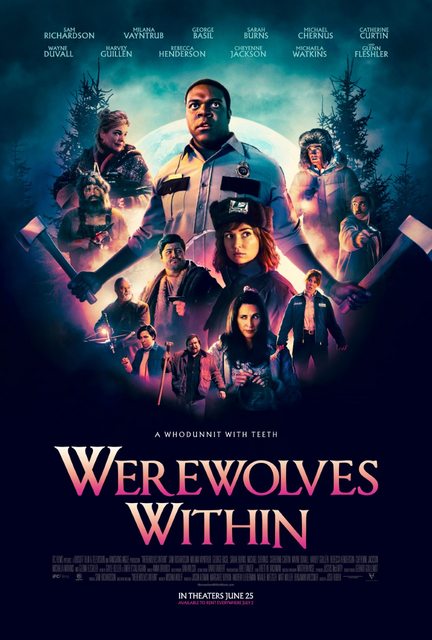 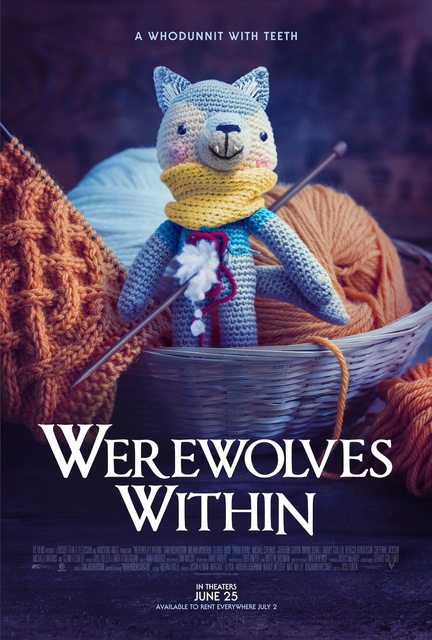