After months of trying and failing to get pregnant, Lucy (Ilana Glazer) and Adrian (Justin Theroux) finally find their dream fertility doctor in the illustrious Dr. Hindle (Pierce Brosnan). But after becoming pregnant with a healthy baby girl, Lucy begins to notice something sinister through Hindle’s gleaming charm, and she sets out to uncover the unsettling truth about him, and her own “birth story.” As if getting pregnant weren’t complicated enough…

Going straight to Hulu.
Despite both director John Lee and Ilana Glazer working mostly with comedy, this is said to be a serious film.
The feature film directorial debut of John Lee, who until now has worked primarily with television, including shows like Broad City where he brought the idea for the film to star Ilana Glazer.
Described as a modern "Rosemary's Baby."
False Positive premieres on Hulu on Friday, June 25, 2021, from A24. 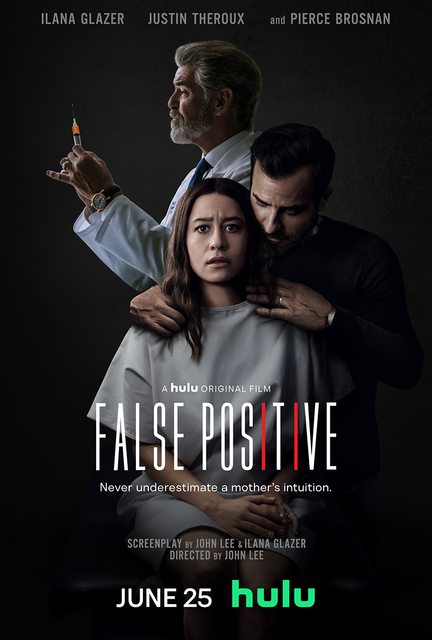