Plot details are still under wraps, but Fallen Kingdom promised a sequel wherein the dinosaurs are now on the mainland… and humans are falling to the bottom of the food chain.

Director Colin Trevorrow announced on Twitter recently that post-production is now complete: "Last night we put the last bit of reverb on the last roar. Thanks to Al Nelson, Gwen Whittle, Pete Horner, Chris Boyes and everyone at Skywalker Sound for putting so much heart and soul into our mix for #JurassicWorldDominion. It is alive." (11/9/21)
Originally had a July 11, 2021 theatrical release before getting pushed back a year due to the continued uncertainty amid the ongoing pandemic. (10/6/20)
The studio is reportedly targeting a return to filming sometime this July in the UK, with hopes that the film will still hit its Summer 2021 theatrical release. While filming will commence, a series of rigorous health protocols will be in place to protect everyone involved. (6/15/20)
Due to the current situation with the coronavirus, this film (and many others from other studios) have temporarily suspended filming. An official press release said the following: "The studio continues to monitor the situation closely and will make a determination on when to restart production in the coming weeks." (3/16/20)
Laura Dern, Sam Neill and Jeff Goldblum are all set to return. Fans may remember Laura Dern reprised her role as Dr. Ellie Sattler and Sam Neill reprised his Dr. Alan Grant role in 2001’s Jurassic Park III. Jeff Goldblum reprised his role as Ian Malcolm in 1997’s The Lost World: Jurassic Park, and again in 2018’s Jurassic World: Fallen Kingdom. This would mark the return of all three in one film since 1993's Jurassic Park.
A special 8-minute short written and directed by Colin Trevorrow that takes place a year after the events of the last film debuted on TV and online recently. The short follows completely new characters and is loosely connected to the next movie; mostly just in theme. (9/15/19)
Colin Trevorrow was quoted saying: "It’s important to this franchise that we welcome new creative voices to keep our storytelling fresh and alive. I’m thrilled with the tension and beauty J.A. has brought to ‘Fallen Kingdom,’ and I know [co-writer] Emily [Carmichael] will add another layer of emotion to the concluding chapter of our trilogy." (2/21/18)
Co-written by Emily Carmichael (Pacific Rim Uprising).
Colin Trevorrow returns to co-write, executive produce and direct.
This is the second sequel to Jurassic World and the sixth film in the Jurassic Park franchise.
Jurassic World: Dominion will open in theaters on June 10, 2022. 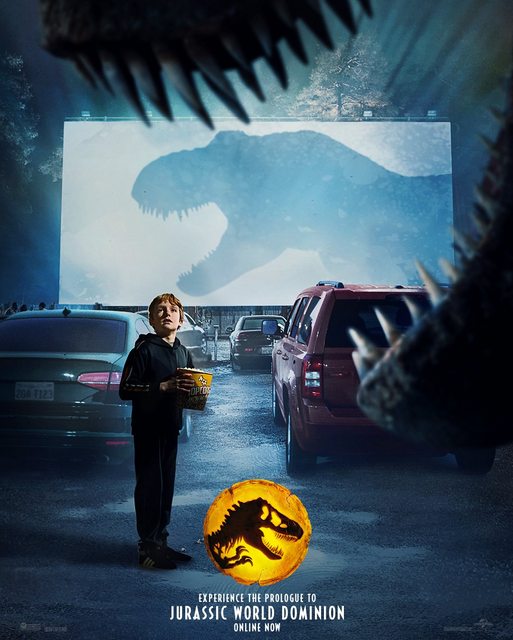 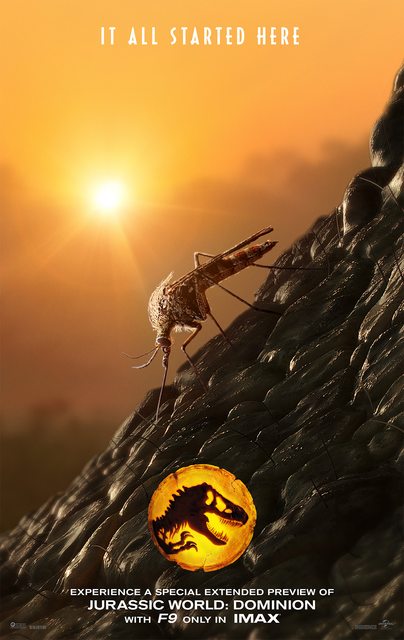 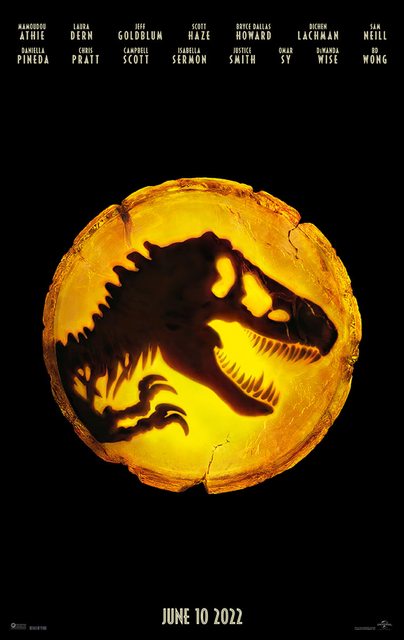 This original 5 min prologue to Jurassic World Dominion, directed by Colin Trevorrow, rockets audiences back 65 million years into the past to experience the world before humans existed—and offers a glimpse of a world in which dinosaurs are living among us.
The story will continue in theaters this Summer.

BATTLE AT BIG ROCK is an all-new short film directed by Colin Trevorrow, written by Trevorrow and Emily Carmichael.
The short takes place one year after the events of the last Jurassic World film in Big Rock National Park, where dinosaurs are now living in our world. The story follows a family of four whose encounter with these wild animals becomes a terrifying fight for survival.