Author Ben Mears (Lewis Pullman) returns to his childhood home of Jerusalem’s Lot in search of inspiration for his next book only to discover his hometown is being preyed upon by a vampire, leading him to band together a ragtag group that will fight the evil presence.

Originally set for a September 9, 2022 theatrical release.
Filmed in Boston.
The film's storyline is said to be set in 1975.
Jordan Preston Carter plays "Mark Petrie, a 12-year old boy who becomes a key member of the group fighting the evil."
Nicholas Crovetti plays "Danny Glick, who becomes the town’s first vampire and helps turn other townspeople into bloodsuckers."
Cade Woodward plays "Ralph Glick, his brother who mysteriously (well, maybe not so mysteriously) disappears."
John Benjamin Hickey plays "Father Callahan."
Pilou Asbæk plays "Richard Straker, the vampire’s familiar who prepares for the arrival of his master and does plenty of dirty work."
Alfre Woodard plays "Dr. Cody, who in the novel is a guy, Dr. Jimmy Cody. Cody assists Ben Mears (Lewis Pullman in the film), Susan Norton (Makenzie Leigh) and Matt Burke (Bill Camp) in fighting the spread of vampires."
Makenzie Leigh plays Susan Norton, who in the book "is a resident of Jerusalem’s Lot, Maine. Ben and her eventually fall in love, and she has a knowledge of the vampires in town."
Bill Camp plays Matthew Burke, who is "a former high school English teacher who knows about the Marten’s House evil past and helps out Ben."
Spencer Treat Clark plays Mike Ryerson, who is "one of the town’s simple folk and becomes a victim to the events at hand."
Lewis Pullman (son of actor Bill Pullman, and has starred in films like The Strangers: Prey at Night, Bad Times at the El Royale) stars as the lead, Ben Mears.
Co-produced by James Wan.
Written and directed by Gary Dauberman (Annabelle, It, The Nun).
Based on the book by Stephen King, which was turned into a TV-movie in 1979 by director Tobe Hooper. The film received a weirdly comedic sequel in 1987, then remade as a mini-series in 2004 starring Rob Lowe.
Warner Bros. and New Line releases Salem's Lot in theaters on April 21, 2023.
Salem’s Lot arrives on HBO Max 45 days later.


‘Salem’s Lot’ 2022: Everything We Know So Far
Dread Central 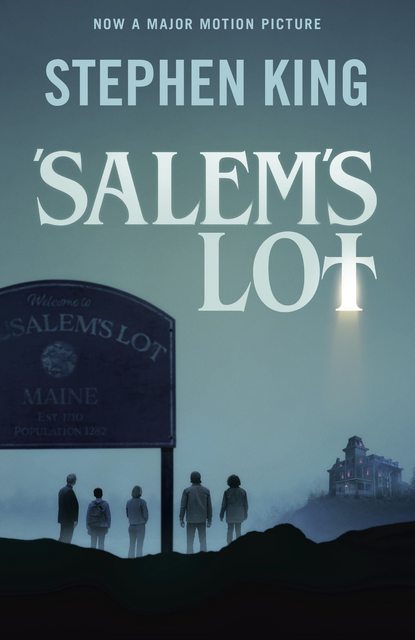