AKA Wrong Turn: The Foundation

Jen (Charlotte Vega) and a group of friends set out to hike the Appalachian Trail. Despite warnings to stick to the trail, the hikers stray off course—and cross into land inhabited by The Foundation, a hidden community of mountain dwellers who use deadly means to protect their way of life. Suddenly under siege, Jen and her friends seem headed to the point of no return— unless Jen’s father (Golden Globe nominee Matthew Modine) can reach them in time.

The film is hitting theaters for one night only on January 26th, 2021. (12/16/20)
Saban Films distributes in the US.
Director Mike P. Nelson gave an update via social media that the project is now in post-production, saying: "The last three months have been absolutely insane. I can’t wait to show you all what we have been creating. Movie #2 blessed me yet again with such an amazing crew and a cast that carried the weight of this beast. Long nights in the woods, moldy caverns, moss-covered boulders, and skulls was our world for the hasty and dense 26-day shoot. This project was also special as it reunited me with my good friend, DP and collaborator @njunkersfeld [Nick Junkersfeld]. Over the last 10 years, Nick and I have been creating madness in Minnesota and I cannot wait to show you the madness we have created in Ohio with this one. Now onto the edit!" (11/4/19)
Filmed in Ohio.
Charlotte Vega (American Assassin, The Lodgers) plays the lead role of "Jes."
The villains in this film are referred to as "The Foundation," and are described as "a community of people who have lived in the mountains since before the Civil War – oh, and they don’t take well to strangers…"
One of the film's producer's was quoted saying: "Alan’s re -interpretation of his own work and Mike’s vision are a frightening reflection of our world today: one person’s American dream is another’s worst nightmare." (10/15/18)
Alternate synopsis: "Friends hiking the Appalachian Trail are confronted by 'The Foundation', a community of people who have lived in the mountains for hundreds of years."
Directed by Mike P. Nelson (The Domestics).
This remake is being described as "a timely and topical meditation on society and its issues."
Original writer of the first film, Alan McElroy, returns to script.
This is a remake of the 2003 film with the same name, which spawned five sequels.
Saban Films and Fathom Events will release Wrong Turn in theaters for one night only on January 26, 2021.
In the UK, Signature Entertainment is releasing Wrong Turn on Digital platforms on February 26, 2021.
Wrong Turn will be available on Digital Platforms and Blu-ray on February 23, 2021. 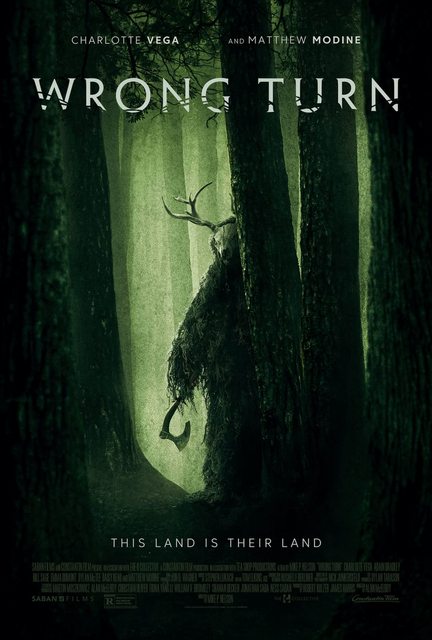 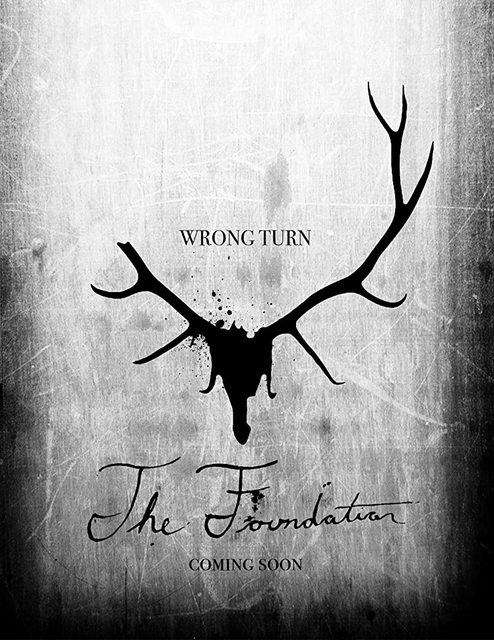 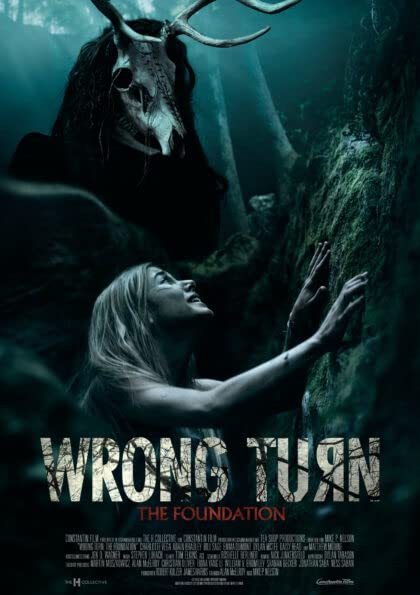 Yes, I love this franchise!

It will be interesting to see if and when anybody dares to do a covid themed movie if it is set in a similar location to this - I mean there's gonna be some law enforcement issues for sure.
Top